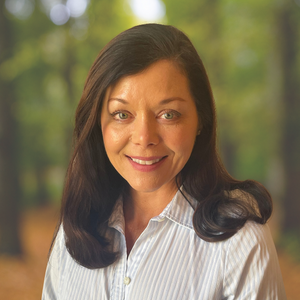 Beginning her career at the Robin Hood Foundation in New York City, Angela worked to raise funds for families affected by the 9/11 terrorist attacks and for programs that fight to end poverty in the City of New York. During her career, she has also led Development teams at The Charleston Stage and The Charleston Ballet in Charleston, SC, and at Triangle Family Services in Raleigh, NC.

What continues to drive Angela is the mission-focused work that creates measurable impact within her community. Angela holds a Bachelor of the Performing Arts from Oklahoma City University. She has a son and a daughter and enjoys spending time with her children and husband. She also enjoys tennis, theater, and travel.